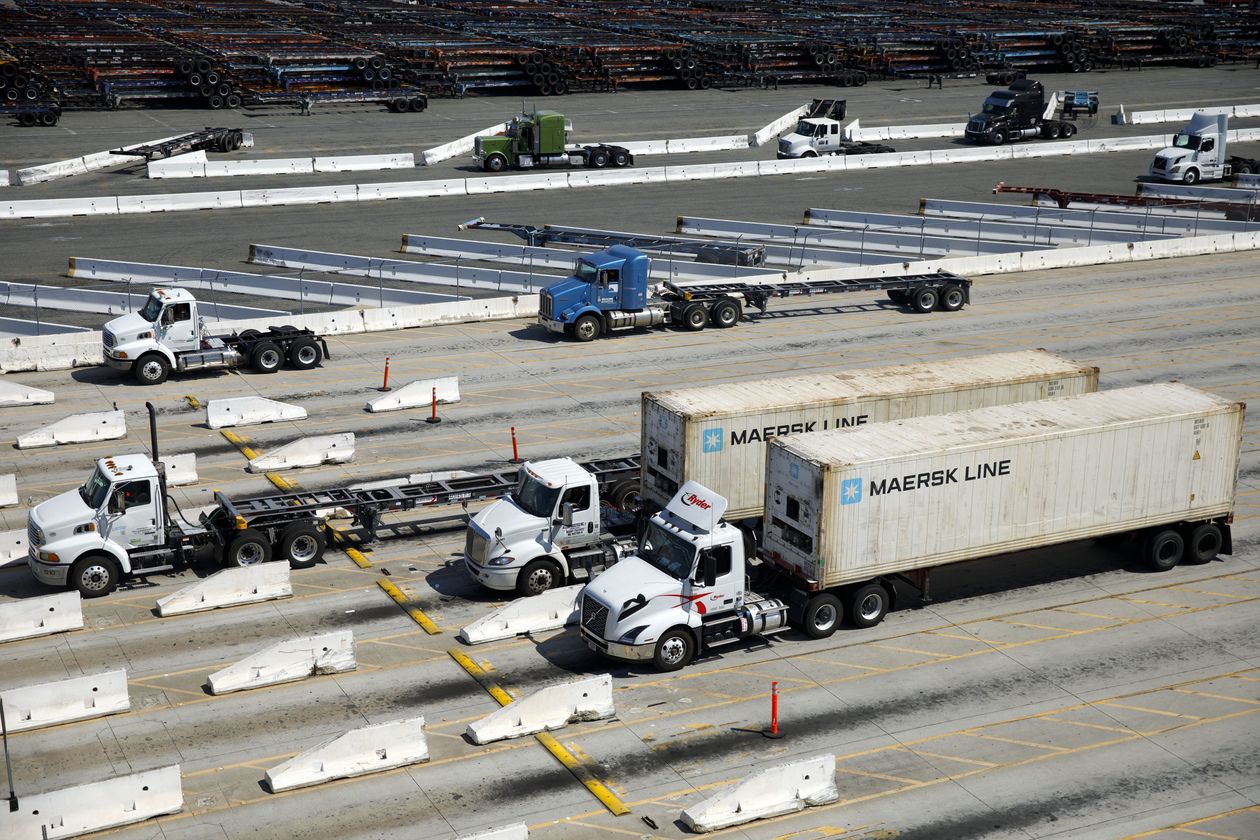 Volker Condron was recently driving an 18-wheel rig on a highway near Mount Vernon, Texas when his truck blew a tire—a common hazard that can add several hours to a scheduled delivery, he said.

This time, Mr. Condron used a new app to take a photo of the tire and relay his exact location, a request for parts and other critical information to the nearest mechanic—getting him back on the road in less than an hour.

“Everything is at your fingertips now,” said Mr. Condron, who works for transportation and logistics giant Hub Group Inc. and has been a trucker for over 30 years. “It speeds up the whole process.”

Trucking, logistics and supply-chain operators are taking the digital tools used to automate repetitive tasks around the office and using them in the cabs of long-haul trucks.

The new capabilities leverage over 10 million data points, many of which are generated by interconnected sensors and other hardware that Hub Group has been adding to its trucks for the past two years, said Vava Dimond, the company’s chief information officer.

Ms. Dimond said the goal is to use as much data as possible to make deliveries more efficient and boost productivity. But the initiative is also aimed at making life easier for its truckers, she added.

For truck drivers, the cab of the vehicle is their office, she said, “and that office isn’t conducive to things like paperwork when it’s raining or the wind is blowing.” Hub Group’s app can track and automatically fill out truckers’ paperwork, including logs along their routes, proof of delivery notices and other forms. The company developed the bulk of the tools in-house.

In a report last year, Boston Consulting Group singled out the road-freight industry as being “dominated by manual processes” and “overdue for a change.”

It said incumbent companies are feeling pressure to update their systems from digital shipping and logistics startups, which have garnered more than $3.3 billion in venture capital funding since 2012 and may be attractive acquisitions for companies with truck fleets.

These more agile startups are looking to grab share in a highly fragmented market where “paper- and phone-based processes are still common,” BCG researchers said.

That is prompting many older transportation firms to develop platforms that can integrate diverse data sets tracking orders, truck locations and other critical information in real time while eking out efficiencies in fuel spending and scheduling.

United Parcel Service Inc., for instance, uses a platform to calculate the most efficient delivery route for its drivers, who make an average of 120 stops a day.

Devices mounted in many truck companies’ cabs plan and direct the best delivery routes, taking into account traffic and weather conditions. At the same time, smart sensors in the truck’s engine, trailer, tires, and fuel tank monitor performance and can alert drivers of any potential issues that may delay delivery.

Other pressures to modernize systems include new federal safety rules requiring every truck to have an electronic logging device to track drivers’ hours on the road.

Todd Spencer, president of the Owner-Operator Independent Drivers Association, a trade group with more than 160,000 members, said many of the new tools benefit fleet managers and brokers, not drivers.

“If you’re stuck in traffic because of a crash, no matter how good the technology is going to be, it’s not going to help you,” Mr. Spencer said.

Another issue, he said, is that many new technology providers go out of business, forcing drivers to learn how to use yet another set of tools.

Introducing new digital technology to workers in any industry can be tricky, according to Gartner Inc.

It estimates that more than 60% of companies are using digital-workplace strategies, but only about a quarter of these efforts will succeed in changing the way the employees do their jobs.

Ms. Dimond said Hub Group started with an IT tool designed to ease paperwork—a top complaint from its drivers—in the hope it would make drivers more receptive to giving other digital rollouts a chance.

“In the past, their reaction has been ‘more big brother watching us,’” she said. “So we wanted to make sure that when we handed them their new tools, it would be something they would use right away.”

“Any new technology, right off the bat, there’s going to be some resistance,” Mr. Condron said.

He said he is waiting for a smart app that can learn all of his favorite routes and relay that information to a dispatcher.

“That would be great,” he said.

Write to Angus Loten at angus.loten@wsj.com